The Krav Maga Online Academy gives you access to:
It's a long term journey of dedication and consistency. What are you doing this week to build your castle? 🏰
Thursday evening kettlebell class pressing some bells! 💪
BMT ninjas working combo 2H with three different timings. We had one of the lil ninjas join us too!

Our Russian Style Kettlebell classes are circuit based classes with strength training structured around one of the most versatile training tools on the planet. Build strength, tone up, and shed weight! Our instructors are highly experienced with over 10 years of kettlebell coaching experience. This will ensure your safety and results while working with these amazing pieces of equipment.

Below are answers to some of the more common questions that you might have about the program. Feel free to contact us if you have any further questions!

What is a Kettlebell? 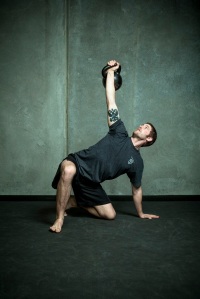 A ‘kettlebell’ or girya (Russ.) is a traditional Russian cast iron weight that looks like a cannonball with a handle. In the Soviet times weightlifting legends such as Vlasov, Zhabotinskiy, and Alexeyev, started their Olympic careers with kettlebells. Yuri Vlasov who defeated mighty Paul Anderson once interrupted an interview he was giving to a Western journalist and proceeded to press a pair of kettlebells. “A wonderful exercise,” commented the world champion lifter. “. . . It is hard to find an exercise better suited for developing strength and flexibility simultaneously.” The Russian Special Forces personnel owe much of their wiry strength, lethal agility, and never-quitting stamina to kettlebells. Soldier, Be Strong!, the official Soviet armed forces strength training manual pronounced kettlebell drills to be “one of the most effective means of strength development” representing “a new era in the development of human strength-potential.” “Not a single sport develops our muscular strength and bodies as well as kettlebell athletics,” Ludvig Chaplinskiy in Russian magazine Hercules.

You can find Pavel’s certified kettlebell instructors in outfits such as the Force Recon Marines, the FBI Hostage Rescue Team, and the Secret Service Counter Assault Team. Once the Russian kettlebell became a hit among those whose life depends on their strength and conditioning, it took off among hard people from all walks of life: martial artists, athletes, and regular tough guys. Anyone can see results with Kettlebells, so long as they have the proper instruction to ensure that they are training safely!

Voropayev (1983) observed two groups of subjects over a period of a few years and tested them with a standard battery of armed forces PT tests: pullups, a standing broad jump, a 100m sprint, and a 1k run. The control group followed a typical university physical education program that emphasized the above. The experimental group just lifted kettlebells. In spite of the lack of practice on the tested exercises, the kettlebell group showed better scores in every one of them! Researchers at the Lesgaft Physical Culture Institute in Leningrad (Vinogradov & Lukyanov, 1986) found a very high correlation between the results posted in a kettlebell lifting competition and a great range of dissimilar tests: strength, measured with the three powerlifts and grip strength; strength endurance, measured with pullups and parallel bar dips; general endurance, determined by a 1000 meter run; and work capacity and balance, measured with special tests! Shevtsova (1993) discovered that kettlebell training lowers the heart rate and the blood pressure. Gomonov (1998) concluded that “Exercises with kettlebells enable one to quickly build strength, endurance, achieve a balanced development of all muscle groups, fix particular deficiencies of build, and they also promote health.” Most methods that claim ‘all around fitness’ deliver no more than compromises. More recently, John Porcari PhD (2010) found that during a 20 minute work out with kettlebells the average Calorie burn was 272 Calories, not counting the additional calorie burn due to substantial anaerobic effort. That’s the equivalent of running at a 6 minute mile pace for 20 minutes! Read the report here. Come try out the only certified kettlebell program in San Luis Obispo!